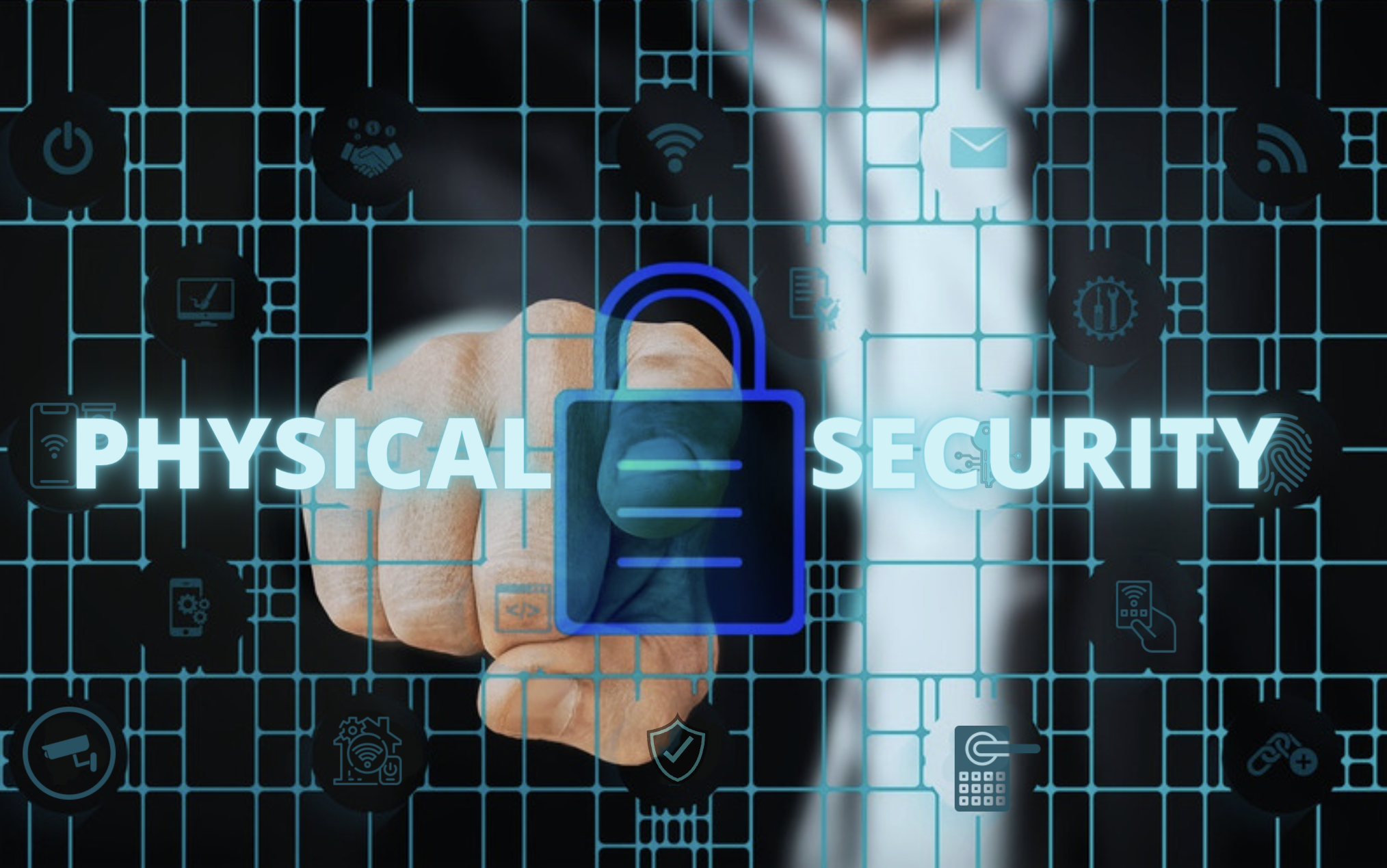 Digitalisation can be felt in all areas of life. The smartphone, for example, has already been a constant companion of almost everyone for many years. In addition, the trend towards networked devices at home skyrockets – whether heating systems or coffee machines. This development is clearly noticeable in business and industry. The internet has ever since become the defining marketing tool for most companies, and production processes are now using networked devices that communicate with each other to precisely coordinate their activities.

The Internet of Things (IoT) is becoming more and more important in our everyday life. In the introduction, we already mentioned two examples of networked devices: the heating system and the coffee machine. However, the possibilities in this area are much more diverse. For example, the lighting or the opening of windows and blinds can be controlled via the internet in your household, creating a smart building solution. In addition, there are various household appliances such as the refrigerator or the washing machine that can be operated even when you are not at home. This technology allows you to integrate a variety of sensors into the network in order to set up a smart building in which many processes are controlled completely automatically, providing a high level of comfort and often reducing energy consumption.

This technology is also used in many commercial enterprises, as it is possible to use the Internet of Things in agriculture to automatically control an irrigation system via moisture sensors in the fields. When such technology is employed in industry, it is called the Industrial Internet of Things (IIoT). In contrast to conventional industrial automation, the networking of sensors and machines allows significantly more information to be made available. This allows a much higher degree of automation. Furthermore, it is possible to control a large number of devices and machines via the network and thus precisely coordinate their activities. In some mining operations, entire fleets of autonomous vehicles are already in use, which independently transport the mined materials to their destination. The Industrial Internet of Things makes it possible to precisely control the routes of the individual vehicles. Another application example is the use of sensors to check the wear and tear of robots. The low-cost networked sensors indicate when maintenance is necessary – even before the corresponding component actually suffers a defect. This can significantly reduce costs.

The IoT also offers many new possibilities in the area of physical safety and is being used more and more frequently. For example, the use of network cameras for surveillance systems is becoming increasingly popular. Door openers and devices for authentication are also increasingly using network communication to transmit information. While this technology offers many advantages for implementing physical security, it also presents a new challenge. Many components of IIoT offer attackers the opportunity to influence the systems. They also represent popular stolen goods. For these reasons, it is particularly important to prevent unauthorized access in these areas.

2. Hardware as a Service

Another trend that is becoming increasingly common in the field of physical security is called Hardware as a Service (HaaS). This means that the user does not buy the hardware himself and is not responsible for its operation. Instead, he uses the services of a managed service provider. This provider installs its own hardware within the user’s systems. The basis for this application is a service level agreement (SLA) between the provider and the user. This specifies exactly which tasks the hardware should take over and which availability must be guaranteed. The provider then independently takes care of maintaining the agreed service level.

HaaS has many advantages for the user as of which the most important one is the lack of high investments in the corresponding hardware. This creates more financial leeway. In addition, HaaS ensures a high degree of flexibility. The services can be adapted to current requirements at any time. Furthermore, it is possible to always use the most modern technology. Finally, users benefit from the fact that they do not have to worry about the control or maintenance of the hardware. This means that no specialised personnel are needed, which is often difficult to find.

Artificial intelligence (AI) is also gaining importance in the area of physical security. For example, it is capable of detecting attempts of the system manipulation . AI systems make it possible to permanently monitor access authorisations. They can detect suspicious authorisations on the basis of many parameters. Should such a case occur, the system can automatically revoke the authorisation and in this way prevent unauthorised access.

Furthermore, the implementation of IoT means that the devices for access control can no longer be considered a separate system. Integration into a network makes it possible to combine them with many other functions. The data from motion and presence detectors, surveillance cameras and automated access systems, for example, provide a very good overview of the room utilization. This data can be used for many other purposes. Artificial intelligence is increasingly being used for its evaluation. Based on the information obtained, it is possible to anticipate any needed work in the building through predictive maintenance and thus arrange for it in good time. The occupancy of individual rooms can also be optimised in this way. Finally, artificial intelligence makes it possible to optimally adjust the lighting and heating to the usage habits. This leads to lower energy consumption.

The abbreviation UWB stands for Ultra-Wideband and describes a transmission technology based on radio waves. It has a range of around 20 meters and allows very precise distance determination in this range. The deviation is no more than 1.5 cm. High-quality smartphones of the latest generation such as the iPhone 12 and 13 or the Samsung Galaxy S21 already support this technology. In this way, it is possible to also transmit the exact distance when transmitting the keys for user recognition – for which other methods are usually used. This increases security because the system can be programmed to open the door only at a short distance.

Another possibility to identify a user is a smartphone or smartwatch. This is an object that almost everyone carries with them at all times. Therefore, employees very rarely forget it. Different forms of implementation are possible here, so that the security standards can be adapted exactly to the company’s requirements. For example, the use of Bluetooth is very convenient. These systems have a high range so that the door opener is activated immediately when an authorised employee is in the vicinity. It is not necessary to take the device out of the pocket for this. Another alternative is Near Field Communication. Here, the smartphone must be in the immediate vicinity of the receiver. This increases security. In rooms where special protection is required, authentication can also be combined with another factor, but this can also be queried via the smartphone. For example, employees can enter a PIN or scan their fingerprints via this device. In the case of authentication via smartphone, the OSS Mobile Access Standard Initiative should also be mentioned, which aims to introduce uniform standards in this area.

The use of biometric data offers a high level of convenience in user recognition. The key advantage is that the persons authorized to use it, do not have to carry any additional objects and do not have to remember complicated PINs. However, it also comes with some disadvantages. Many methods require touching the device being used, which compromises hygiene. Other methods have reliability and security issues.

The use of biometric data offers a high level of convenience in user recognition. The key advantage is that the persons authorized to use it, do not have to carry any additional objects and do not have to remember complicated PINs. However, it also comes with some disadvantages. Many methods require touching the device being used, which compromises hygiene. Other methods have reliability and security issues.

7. Physical and logical security are merging more and more

Another trend that can be observed is that physical and logical security are merging more and more. While physical security controls access to a room or building, logical security prevents unauthorized access to computer systems. While these two areas used to be clearly separated, the same techniques are increasingly being used for this purpose. Examples of this are FIDO2 and Yubikey. Security Information and Event Management (SIEM) is also becoming increasingly important. This is an area of security technology that evaluates information from both areas.

The compilation of current trends in the area of physical security has shown that digitalisation is becoming increasingly important. The networking of devices in this area improves security precautions and the use of artificial intelligence can immediately detect attempts of manipulation. But networking also has another effect: it connects the systems for physical security with many other systems. This allows the collected data to be used for very different purposes so that the boundaries to other technologies increasingly blur.

As a starting point to embark on the USA market, CoreWillSoft picked the ISC East